Jamel Oeser-Sweat is an Attorney in New York City. His firm, Oeser-Sweat, P.C. specializes in Corporate Law, Litigation, Criminal Law, Matrimonial Law, & Intellectual Property. His firm, Oeser-Sweat, P.C., is one of the country’s most unique small firms. He has represented celebrities in high profile cases, criminal clients in multi-country drug conspiracy cases, murder and attempted murder cases, individuals who have had their civil rights violated, entities seeking to protect their intellectual property, and even immigrants being detained and imprisoned even though they had committed no crimes. He is credited with being a father of the coworking movement for startup companies and has represented clients in structuring and negotiating contracts with Fortune 100 companies.

He is currently the President of SCAN-HARBOR. Serving over 7,000 children and teens and 1,000 adults and families each year at 23 program sites, SCAN-HARBOR is the largest youth service provider in East Harlem and the South Bronx. He participated in SCAN programs as a youth, giving him the proud distinction of being a part of the organization for over 30 years. SCAN is under the umbrella of United Neighborhood Houses and works with children & families in East Harlem and the South Bronx and merged with New York-based Boys and Girl’s Harbor. A recent PBS Treasures of New York episode featuring his work with SCAN was nominated for an Emmy Award.

Before becoming an attorney, Mr. Oeser-Sweat was a scientist conducting research in the area of Microbiology.  Mr. Oeser-Sweat was named a New York Law Journal Rising Star under 40. A book he co-authored on DNA and Litigation has been widely cited and the book’s foreword was written by James Watson, a Nobel Prize Winner who discovered that DNA is a double helix. Jamel’s rise from homelessness & living in foster care & welfare hotels as a child to student at New York University on a full scholarship inspired SCAN to create the “Reach for the Stars” program, which services for adolescents in New York City and has been responsible for sending dozens of young men and women to some of the nation’s leading Preparatory Schools & Colleges.  His legal information websites have helped several hundred thousand people nationwide get free legal, court & arrest information. Jamel was a 10th Place Winner in the Westinghouse Science Talent Search and was a Samuel F.B. Morse Scholar at NYU. He is a graduate of St. John’s University School of Law. 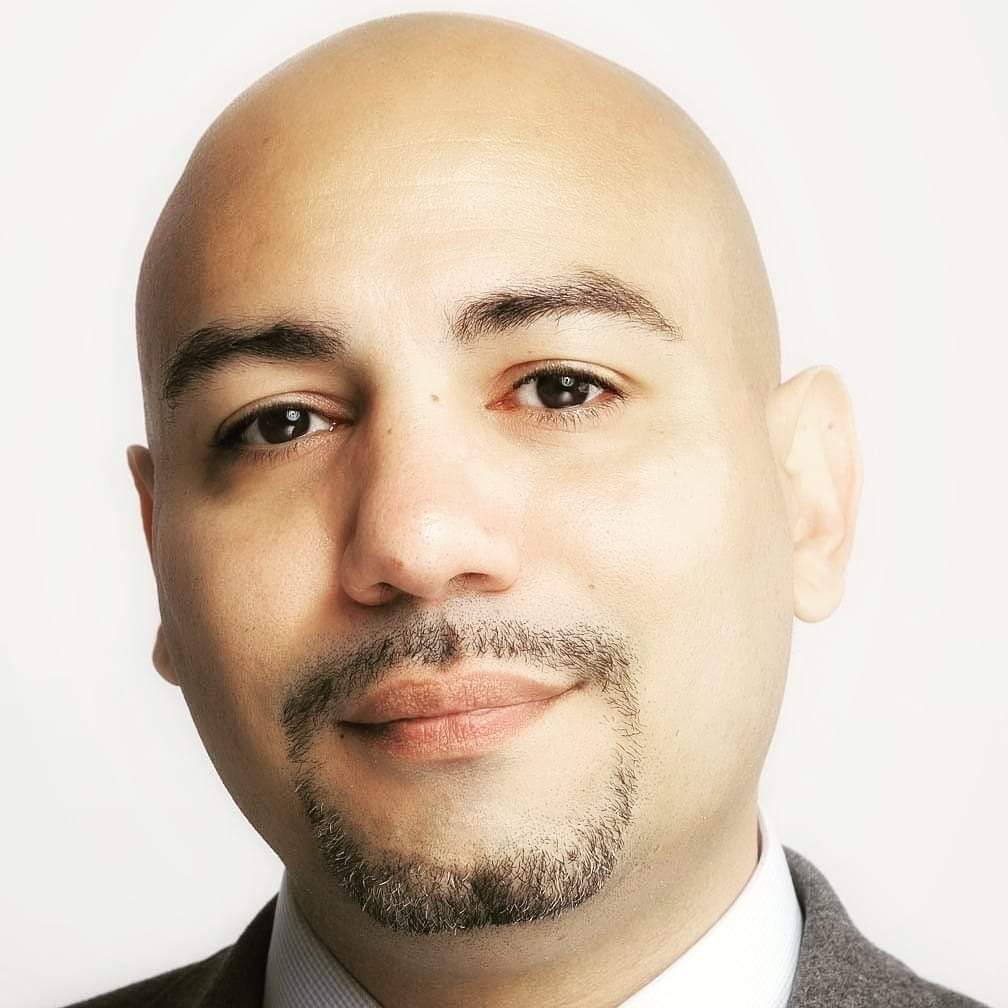 Jamel attended New York University on a full scholarship where he received a Bachelor's Degree. He was a Samuel F.B. Morse Scholar and a University Scholar. He was a finalist and tenth place winner in the Westinghouse science talent search.

He received a Juris Doctor (JD) from St. John's University School of Law.

SUPREME COURT OF THE UNITED STATES OF AMERICA 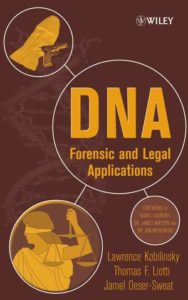 "DNA: Forensic and Legal Applications is a comprehensive and invaluable guide to the field, covering topics ranging from collecting samples in the field to presenting the complex results to a jury. We are sure that it will play its part in promoting this most powerful tool in the forensic scientist's armamentarium."

Cited over 100 times in publications and articles including by the FBI and in connection with a Book on the Central Park Five.

Bottone, E.J., A. A. Perez II, and J.L. Oeser. 1994. Loofah Sponges as Reservoirs and Vehicles in the Transmission of Potentially Pathogenic Bacterial Species to Human Skin.  J. Clin. Microbiol.  32:469-472

PRIOR TO STARTING FIRM

Before starting his own firm, Mr. Oeser-Sweat worked at Amster, Rothstein and Ebenstein, an intellectual property firm on Park Avenue in New York City . While at Amster, Rothstein and Ebenstein, his responsibilities included conducting legal research, drafting memoranda of law on intellectual property issues, drafting patent prosecution, infringement & invalidity opinion documents, reviewing litigation documents to determine their responsiveness to discovery requests, identifying & logging privileged documents, and recovering domain names from trademark infringers. He was also elected Associates Committee Representative. Before working for Amster, Rothstein and Ebenstein, Mr. Oeser-Sweat was a law clerk for the Honorable Thomas F. Liotti , Village Justice in Westbury, New York. Mr. Oeser-Sweat worked at Mr. Liotti’s law firm in Garden City as a law clerk and as an associate and assisted and second seated Mr. Liotti in a number of Federal and State Court civil and criminal cases. Together Mr. Oeser-Sweat and Mr. Liotti authored several scholarly works, including several articles, a book chapter on trial practice and a book.

PRIOR TO BECOMING A LAWYER

Before becoming an attorney, Mr. Oeser-Sweat was a scientist conducting research in the area of Microbiology. Mr. Oeser-Sweat’s accomplishments as a scientist are just as impressive as his accomplishments as an attorney. He was a finalist and 10th Place winner in the Westinghouse Science Talent Search (Now called the INTEL SCIENCE TALENT SEARCH ). He received a certificate in Recombinant DNA Techniques from the Mount Sinai School of Medicine Secondary Education through Health Program.

Mr. Oeser-Sweat worked at the Mount Sinai Hospital in the Clinical Microbiology Department and along with Dr. Edward Bottone , Director of Clinical Microbiology, discovered a new route of Transmission for a disease called Pseudomonas Aeruginosa Folliculitis . Their discovery that Pseudomonas Aeruginosa Folliculitis could be transmitted through Loofah Sponges , Wash Clothes, Pumice Stones and other exfoliative devices was widely hailed and led to publications in many peer review journals including the Journal of Clinical Microbiology, an American Society for Microbiology publication. The team’s research into and documentation of the link between these items and Pseudomonas infections has been cited numerous times and has touched countless lives. Their continuing research led to one book Publisher’s (Benjamin Cummings) decision to put Mr. Oeser-Sweat’s picture on the cover of a microbiology textbook.

Mr. Oeser-Sweat was also a recipient of the NAACP-ACT-SO/NASA Superstars of Science Award. His accomplishments were even hailed by then President of the United States Bill Clinton. During a meeting with Mr. Clinton, Mr. Oeser-Sweat fixed Mr. Clinton’s tie, leading to a flurry of media activity which culminated in Mr. Oeser-Sweat making a comment which became one of Newsweek’s quotes of the week.
Mr. Oeser-Sweat’s journey from the streets of New York City to its Courtrooms has been chronicled by countless news and media outlets and his story was even on the Front Page of the New York Times.

A former New York One New Yorker of the week, Mr. Oeser-Sweat’s story has been chronicled in Reader’s Digest, and led to the filming of a comprehensive interview for NBC NOW (now dateline NBC). He has been interviewed by Jane Pauley and Tom Brokaw. His poetry has been cited by Professor Patricia J. Williams.

FROM HOMELESS TO BOARD PRESIDENT

As a youth, Mr. Oeser-Sweat’s family was homeless. After spending two years fighting homelessness and living in welfare hotels and shelters, Mr. Oeser-Sweat’s family moved into public housing. Due to his mother’s hospitalization for mental illness, Mr. Oeser-Sweat was placed in the city’s foster care system in a group home. However, despite an upbringing filled with homelessness, poverty, and challenges, he has managed to evolve into one of his generation’s rising young stars. Mr. Oeser-Sweat’s story has been retold in countless publications, lectures and has been used in educational materials for years. His story has been told in several languages around the world including Spanish, Chinese and Korean.
Mr. Oeser-Sweat’s commitment to youth and the community is evidenced in the fact that he is on the Board of Directors of the Supportive Children’s Advocacy Network , a social service agency in New York City with sites in the Bronx, Harlem and Midtown and which serves as one of the city’s largest Provider’s of afterschool services.

Mr. Oeser-Sweat’s accomplishments and story led Executive Director Lew Zuchman, a Freedom Rider, to create “Reach For The Stars”, a program that provides programs and services for hundreds of adolescents in New York City and has been responsible for sending dozens of young men and women to some of the nation’s leading Preparatory Schools. Jamel currently serves as the President of SCAN's Board of Directors.
Mr. Oeser-Sweat also currently serves on the Board of Directors of Northridge Cooperative, Section II, Inc., which owns 6 buildings that house over 400 families in Jackson Heights, New York.

In his spare time, he writes Children’s Books, and recently self-published Birds, Bees, Babies, a book that tells the story of the Birds & the Bees to small children.

Jamel's law office is around the corner from the Welfare Hotel his family stayed in when they were homeless.

YEARS EXPERIENCE AS AN ATTORNEY

Number of times our legal information sites have been viewed

Number of People who have used our online legal resources

Jamel's Legal Information Sites have helped hundreds of thousands of people get information! 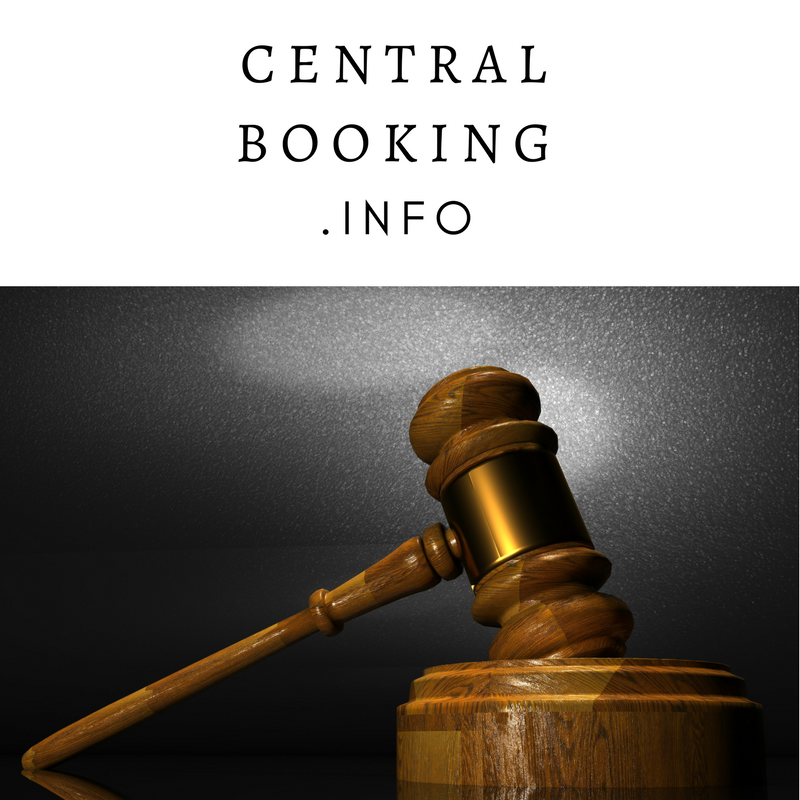 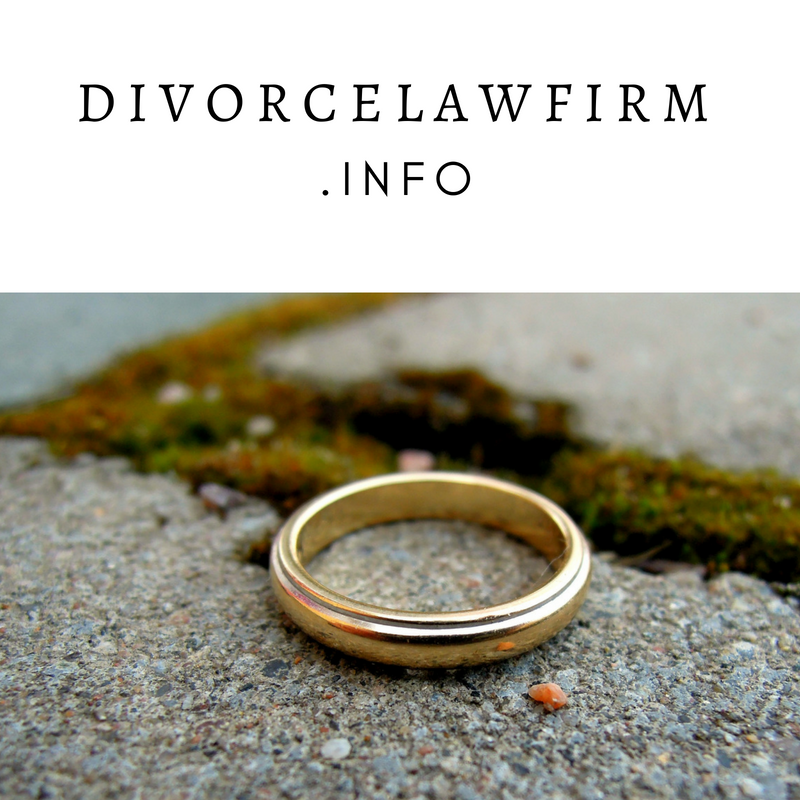 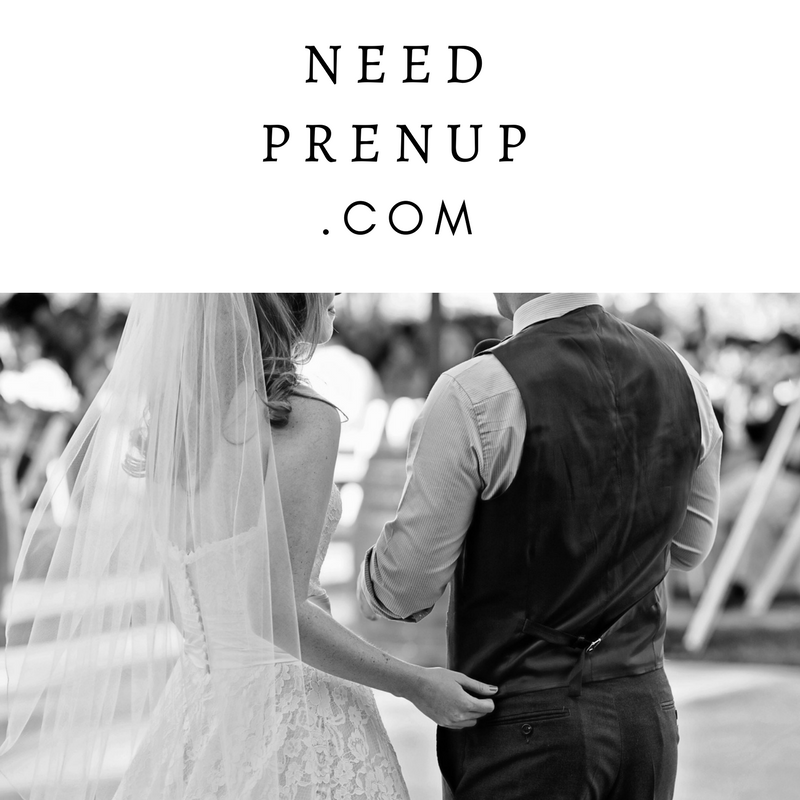 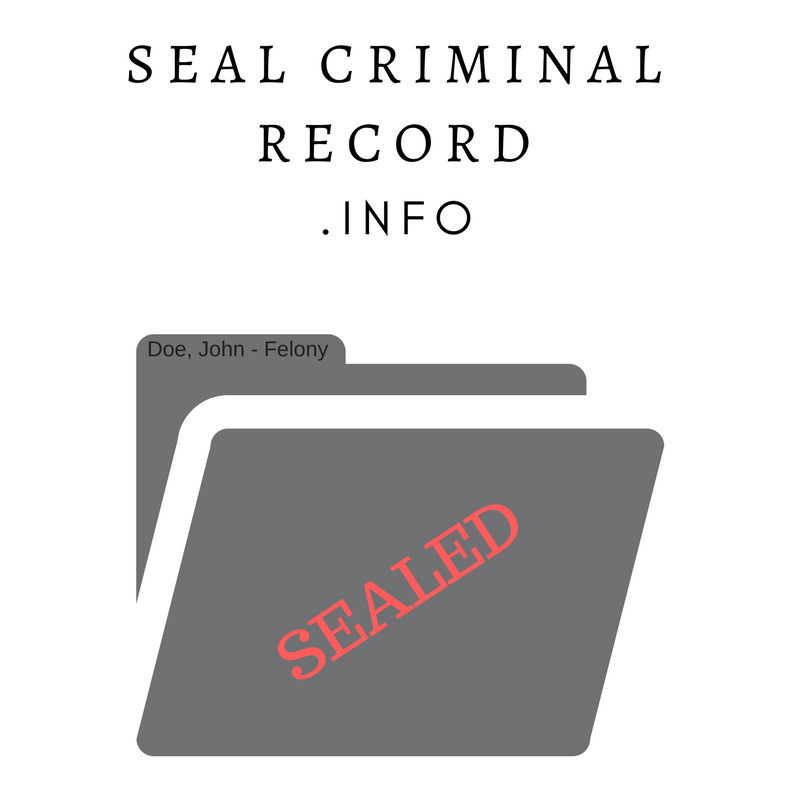 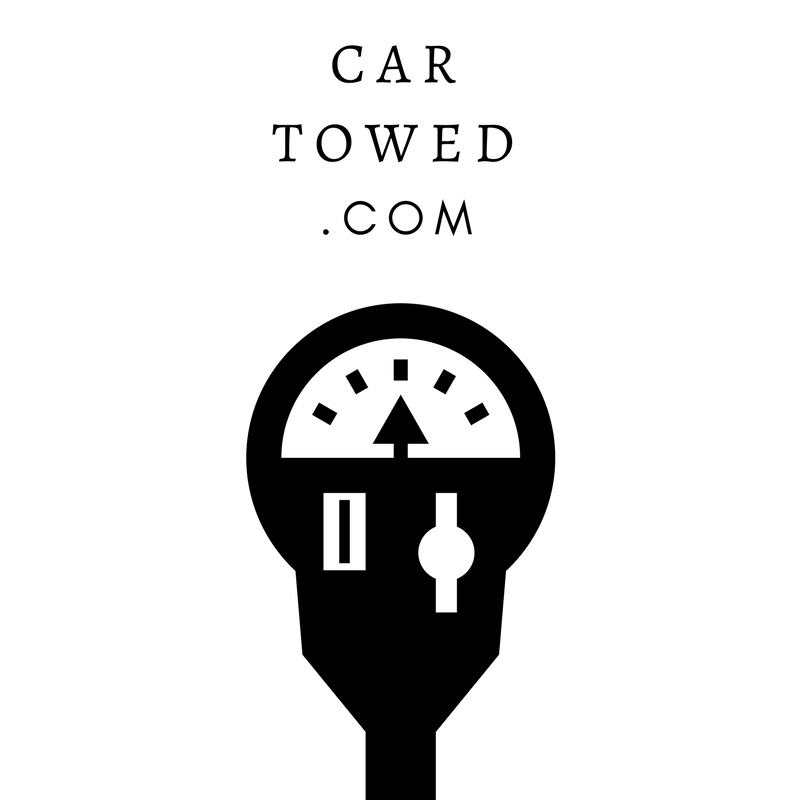 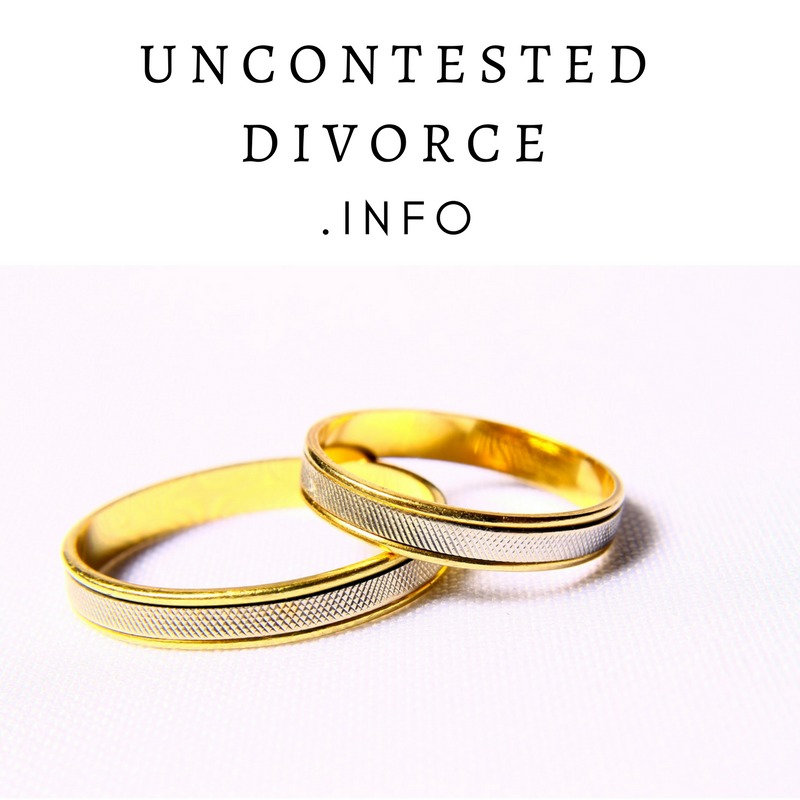 "I can recommend Jamel without hesitation or reservation. He has proven himself over and over again to be outstanding in his professionalism, thoroughness and ability. Whatever legal needs you may have, Jamel should be your first call. If something is outside his expertise, he’ll recommend a skilled colleague who can assist you. He is a first rate lawyer and person."

"Being a resident alien convicted of a Felony was difficult. For the past 14 years, I have been unable to travel because of the risk of inadmissibility and/or deportation. Many years ago, you worked EXTREMELY hard to get me a certificate of relief for my felony conviction. That certificate proved to be so valuable when I took the risk to submit my citizenship application. After a lengthy (and scary) process that involved a boatload of research and a dedicated legal team, I finally got my citizenship application approved. I took my oath ceremony last week and am able to get on with my life and put things behind me. I wanted to say thank you for all of your hard work and great advice back then. You were able to help forge a path for where I am today and I will never forget all you did for me!"

"Being the Co-Founder and Managing Partner to one of the leading establishments in assisting small business and entrepreneurs I can tell you Sunshine might not have been around this long if not for the amazing dedication, friendship, and support of Mr. Sweat.
Time and time again Mr. Sweat portrays uncanny Wit creativity and loyalty to myself and the community in which he helps support. I can not endorse a professional or friend more then I can for Jamel. Consider yourself fortunate to have Mr. Sweat in your corner."

"Jamel is an amazing talent in the legal field. Honest, respectable and always looking to help his clients avoid unnecessary situations.

If you want someone who will not rest until the best outcome is reached than I wholeheartedly recommend this dynamic member of the legal community.

What you can expect from him is:
– quality
– effectiveness
– great direction
– complete information
– confidence
– professional treatment and sincere dedication to reach your goals

Just one conversation with him will prove his worth. I’ve referred countless people to him and they have all been exceptionally impressed with him."